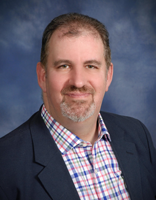 Victor Fields is a versatile organist, pianist, choral director, performing artist and music teacher. He is currently President of the Music Teachers National Association, York Chapter and Dean of the American Guild of Organists, York Chapter. He teaches piano and accompanies on the faculty of York College of Pennsylvania and the YCPrep Community Music School. In addition, he is Music Director and Organist at St. Paul’s Lutheran Church and Organist and Pianist at Temple Beth Israel both in York. He was appointed Associate Conductor and Accompanist for the Harrisburg Choral Society in 2004.

He earned his undergraduate and graduate degrees in music performance from Mansfield University of Pennsylvania, The Peabody Conservatory of Music and the University of Cincinnati, College-Conservatory of Music. He was the recipient of nine scholarship awards from the Peabody and Cincinnati Conservatories and the American Guild of Organists. His concert engagements include performances throughout Pennsylvania, New York City, Washington, D.C., Baltimore, Richmond and colleges and universities, churches, cathedrals and performance halls in the US. He has been a featured soloist with the York Symphony Orchestra. His biography has been included in Marquis’ edition of Who's Who in America®.