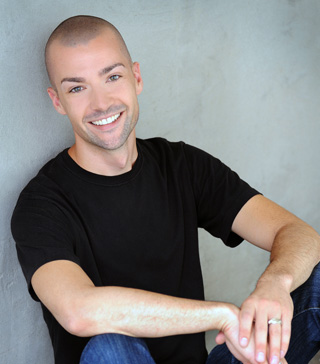 The Harrisburg Choral Society has announced the appointment of Jason Vodicka as its new Music Director. Vodicka, Assistant Professor of Music and Coordinator of Music Education at Susquehanna University, takes over the Choral Society on the eve of the chorus' 120th season.

"I'm thrilled with the opportunity to lead a chorus with such a long and distinguished history," said Vodicka. "With its talented singers and devotion to the classical repertoire, the Harrisburg Choral Society is one of the crown jewels of the Central Pennsylvania arts scene," Vodicka added.

Glenn Murray, President of the Harrisburg Choral Society's Board of Directors and a baritone in the chorus, said "Dr. Vodicka's qualifications and experience are exactly what we were looking for in a new Music Director. I know I speak on behalf of all the singers in the Choral Society when I say that we are excited to begin working with him."

Vodicka succeeds Dr. Robert Hart Baker, who conducted the Choral Society for 10 years and was named Music Director Emeritus at the chorus' spring concert on May 4.

Vodicka recently finished his first year on the faculty at Susquehanna. Originally from North Carolina, he earned his bachelor's and master's degrees at Westminster Choir College in New Jersey and a doctorate in conducting from the University of Georgia.

Founded in 1895, the Harrisburg Choral Society is one of the midstate's oldest arts organizations. The chorus, numbering some 60 singers, annually performs a Messiah Sing-Along, a December holiday concert, an early spring madrigal dinner fundraiser, and a May concert of a major classical work. Professional soloists and orchestra musicians regularly appear with the Choral Society.