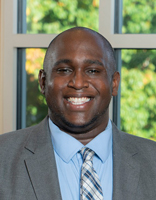 African American educator and tenor, Jonathan Walker-VanKuren has enjoyed a successful career both on and off the operatic stage performing works of the musical theatre, art song, and opera repertoires while having taught students from all around the country. His students have continued to study music at institutions such as Texas A&M, Michigan State University, and Belmont University while then moving on to pursue careers in musical theatre, opera, and popular music in the recording industry.

Mr. Walker-VanKuren is an avid recitalist and prides himself on his inclusion of African American spirituals on the recital stage. During the 2019-2020 season Mr. Walker-VanKuren premiered his solo voice recital entitled, “Songs my mother taught me…” which is a celebration of African American History through spirituals sponsored by Fort Worth Opera. Since then, he has had the great fortune of performing it in venues across the country.

Mr. Walker-VanKuren is currently an Assistant Professor of Voice and Artist Teacher of Studio Voice and Music Theatre at Lebanon Valley College maintaining a full studio of singers and teaching performance-based courses.