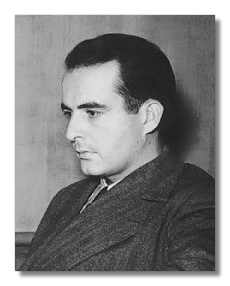 Samuel Barber is considered one of the foremost American composers of the 20th century. He showed early talent in music, composing his first work at age 7 and entering the Curtis Institute at age 14, studying voice, piano, and composition.

Barber composed numerous works in his twenties, including his first Essay for Orchestra, and his Adagio for Strings, adapted from the slow movement of his String Quartet and arguably his most famous work. The Adagio was first performed by the NBC Symphony Orchestra under Arturo Toscanini in 1938.

Barber served in the Army Air Corps in World War II, and was commissioned to write his Second Symphony. The piece was premiered in 1944, but after a revision in 1947, Barber ultimately rejected the piece, destroying the score in 1964.

Barber's compositions include piano works (Excursions, Piano Sonata), instrumental works (Violin Concerto, overture for The School for Scandal), Opera (Vanessa, Antony and Cleopatra, with libretto by Gian Carlo Menotti), and choral works (Knoxville: Summer of 1915, Agnus Dei). He won the Pulitzer prize in 1958 for Vanessa and 1963 for his Piano Concerto.